Kendriya Vidyalaya Kasrawad at a Glance

Before discussing KV Kasrawad, Let us have an overview of the school mentioned below:

Kendriya Vidyalaya Kasrawad is affiliated to the Central Board of Secondary Education (CBSE) and follows all the Guidelines and Rules prescribed by CBSE. It aims to set up excellence and speed in the field of school education and to promote and initiate experiments and innovations in the field of education in collaboration with other bodies like the Central Board of Secondary Education (CBSE) and the National Council of Educational Research and Training (NCERT) etc. Kendriya Vidyalaya Kasrawad is a Bilingual school. Students of KV Kasrawad take the AISSE (class X) and AISSCE (class XII) Exam in the month of March every year. 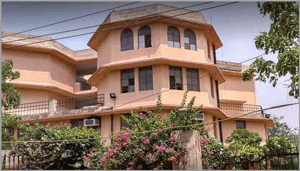 Keep yourself updated with announcements made by KV KASRAWAD. In this section, you will know the latest updates (if any) related to

Parents and students can apply Online/Offline for the Admission. No registration fee is applicable. Applicants can collect the application form from the respective school principal for free of cost.

The minimum and maximum age limit for admission in Kendriya Vidyalayas in various classes are given below:

There is no age restriction for admission to Class XI and XII.

Seat Reservation Criteria for Admission in Kendriya Vidyalayas are given below.

The following documents are required at the time of Admission:

The entire fee of Kendriya Vidyalaya Kasrawad is collected by Union Bank of India. The KVS fees are generally collected on a quarterly basis i.e. January, April, July, and October. You can avail of both online and offline payment methods for KV online fee payment.

The Official Website of all Kendriya Vidyalayas, KVS Regional offices and KVS ZIETs has been changed.

Note: The official website address of Kendriya Vidyalaya Sangathan (https://kvsangathan.nic.in) has not changed.

Click here for the new Official Website and Phone Numbers of all Kendriya Vidyalaya’s, KVS ROs and ZIETs

Click here for detailed information on the educational eligibility of other various posts.

Below mentioned is the age limit for the various posts in Kendriya Vidyalayas.

Click here to know the Age Relaxation for the different categories.

Online Application fees for various posts in Kendriya Vidyalayas are mentioned below.

Check the KVS Pay level and salary details from given below table.

Candidates are advised to keep ready the below mentioned essential certificates and documents to fill the Kendriya Vidyalaya Recruitment 2020 online application form.

HOW TO REACH KENDRIYA VIDYALAYA KASRAWAD

The contact details of Kendriya Vidyalaya Kasrawad are given below:

How can I get admission in KV Kasrawad?

Generally, in the month of February KVS releases the KVS admission guidelines to the public. Online Registration for Admission to Class I in KV Kasrawad will starts in the last week of February and for Class II and above from the second week of April. Interested candidates can apply through online and offline mode of application.

How do I pay KV Kasrawad fees online / offline?

The Entire fees of Kendriya Vidyalaya Kasrawad is collected by Union Bank of India. You can avail of both online and offline payment methods for KV online fee payment. You can pay the KV Kasrawad fees through various modes of payment system i.e. Online Payment, Payment through Mobile Banking, Payment through PoS. For the offline method, You can pay the KV Kasrawad school fees through deposit of cash or Union Bank Cheques at any of the Union Bank branches in India. But, firstly you have to generate the KVS Fee Challan form.

Is KV Kasrawad is English medium or Hindi Medium?

STAY CONNECTED WITH US